Dear participants of the Northern Convoys!

On behalf of the Russian Committee of War and Military Service Veterans I would like to cordially greet you and war comrades who shared with us the ordeals of the severe days of the Second World War. We in Russia honour those who helped us with brotherly solidarity. Risking your lives, you were fulfilling your civic duty in the fight against fascism, delivering to us through the harsh Arctic everything essential for the combat against the enemy.

As it was pointed out in the message of Mr Vladimir V. Putin, President of Russia to Ms Helen Clark, Prime Minister of New Zealand in 2004 on the occasion of the 60th anniversary of bilateral diplomatic relations, “people in my country remember well the contribution to the common victory over fascism of New Zealand war seamen who during the Second World War took an active part in the operations of Northern Convoys. It is symbolical that diplomatic relations between our countries were established in this very period”.

We congratulate you on the creation of your own website. It will help to strengthen relations between our veterans and more importantly to preserve for future generations and history documents and evidence of your feat. We are ready for fruitful cooperation with you and continuing the traditions of fraternity forged in the war years.

We wish you health, prosperity and success for the sake of peace!

A. N. Efimov
President of the Russian Committee of War and Military Service Veterans
Air Marshal
Twice Hero of the Soviet Union
July 2007

On behalf of the Russian Convoy Club of New Zealand I wish to express our appreciation for your message of greetings and kind words. Modern technology in communication brings us closer and I believe we veterans on both sides have an important contribution to make to ensure that friendship between our two countries is maintained. You have accorded us a special privilege by your own personal communication.

The determination of all Russian combatants to defend their homeland and finally gain victory in the Great Patriotic War of 1941-45 was only matched by those in the allied navies and merchant marine who fought their way along the Arctic route to Murmansk or Archangel to deliver supplies of war material and equipment for the armies of Russia on the Eastern front, with sacrifice of lives and ships.

We have been honoured and are proud to wear the campaign medals awarded by Russian Governments for the 40th, 50th and 60th anniversaries of the 1941-45 conflict. We also acknowledge the friendship and loyalty of the Russian Embassy staff in Wellington, New Zealand and in particular the present Russian Ambassador, Mikhail Lysenko, and his predecessors. The Arctic campaign and the resilience of the Russian people in facing the enemy will be forever remembered. The plaque erected on the Wellington City waterfront, inspired by Ambassador Lysenko, is a reminder which the veterans of our two countries can never forget the war years and the sacrifices made.

I have very good memories of my visit to Russia in November 1987 when I was privileged to meet war veterans in Moscow and Leningrad (St Petersburg). We send our heartfelt best wishes and greetings to you and all your veteran colleagues. 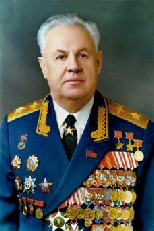 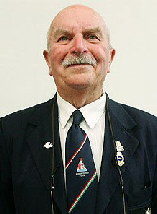