The Arctic Convoy Club in New Zealand was the idea of the late John Middleton, of Whangaparoa, over twenty years ago. As an assistant steward, at age 16, on the Ocean Freedom, John had sailed in the ill-fated convoy PQ 17 (see video on Introduction page). Interest in forming the Club, for Arctic Convoy veterans, quickly spread and the first meeting was held in Palmerston North in 1989 followed by a similar meeting two years later.

By April 1995, the membership had reached nearly three hundred members, many of whom have now ‘crossed the bar’, and John realised the work compiling and posting out a monthly newsletter, and dealing with many enquiries, was more than he could manage. As no-one was prepared to take on the work, the Club was closed down and the funds donated to a charity.

In May 1995, at a gathering in the Russian Embassy in Wellington, it was agreed by the ten Arctic veterans present, that Club members in the Greater Wellington area should continue to meet. The first Wellington meeting was held at the Titahi Bay RSA clubrooms, with Chris King appointed as Convenor, and over the years luncheon meetings have been held, usually three times a year, at the Titahi Bay RSA, Levin RSA or Lower Hutt RSA. Almost exclusively the latter over recent years.

There was close cooperation with the Russian Embassy in the awards of the 40th and 50th anniversary campaign medals with extensive advertising for qualifying recipients. Thanks to the Club some veterans were put in touch with old shipmates and many new friendships established. This unique comradeship continues today.

Meetings have always been well attended and successful, with time for any business and socialising before and after lunch. Successive Russian Ambassadors, or their Deputies, have nearly always attended meetings, and we have also welcomed Chiefs of Navy on several occasions. Rear Admiral Ian Hunter CB, RNZN (retired), a former Chief of Naval Staff, gave an interesting talk at the Club’s inaugural meeting and has attended most meetings and functions since then. He has been made an honorary life member of the Club, along with the Russian Ambassador. Wives and/or partners are always encouraged to attend and have made positive contributions. Many widows continue to take part in Club activities. A special pre-Christmas meeting is held in each November.

A newsletter is published and distributed about four times a year. An updated membership list is also provided for the use of each member. Ship visits for Club members have been arranged by the Navy.

In 2005, Ambassador Mikhail Lysenko, and Chris King, travelled through the North Island presenting 60th anniversary medals in Napier, New Plymouth, Taupo, Tauranga and Auckland. Medals were also awarded in Nelson, Blenheim and Christchurch, the Russian Consul travelling across to the South Island for that purpose. Doug Gooday made all local arrangements, with the Consul, for the Christchurch presentations. Presentations of 276 60th anniversary medals have been made and no more medals are available at present. There is the possibility of a 70th anniversary medal in 2015, but that is some time away !

As a result of these presentations the Club membership increased, with additional members from Wanganui, Taupo, Bay of Plenty and Whangarei. With the Greater Wellington membership, as well as members in Nelson and Blenheim, and the Christchurch group, the Club became a National organisation. Chris King was appointed National President and Life member, and Pen Moore was appointed Treasurer. Both these appointments are honorary apart from any disbursements incurred. The Bay of Plenty members operated as a Branch for some time before transferring their funds to the National Treasurer’s trust fund and Bay of Plenty was absorbed into the general membership, now standing at nearly eighty members.

On 9 May 2005, a plaque was erected on the Wellington waterfront, commemorating the Arctic campaign upon the initiative of Ambassador Lysenko, in cooperation with the Wellington City Council, the then Russian Convoy Club and the Returned and Services Association. Commemoration ceremonies are now held annually, with representatives of Navy, Government, City Council, Merchant Navy Association, and the Russian Embassy.

Another initiative of the Club, has been the setting up of the Club’s web-site www.arctic.org.nz and this has been hugely successful, attracting favourable interest from around the world. It includes a list of members and illustrations of their ships, with a brief ship’s history. Also members’ stories and topical items, convoy club related, with illustrations. The site has been generously sponsored and maintained by David Whitwam, in Hong Kong, the son of club member Derek Whitwam (HMS Berwick). Contributions are always welcome, preferably e-mail. Members’ email addresses are also welcome to enable contact between members. 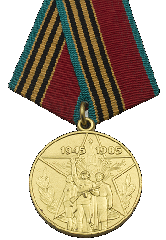 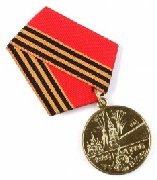 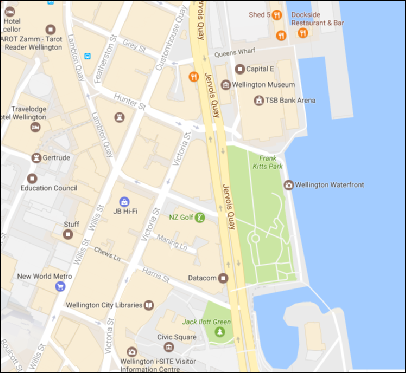 In memory of all New Zealanders who participated in the Arctic Convoys to and from Russia in World War II 1941-1945. 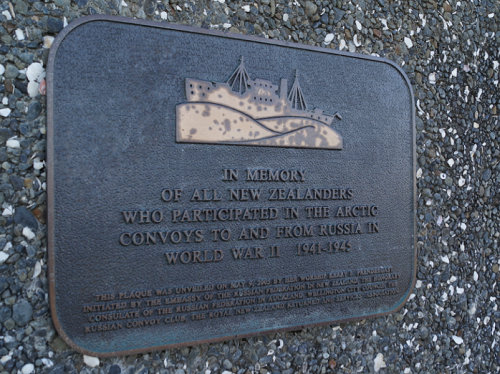